The Benefits of Using Disposable Syringes 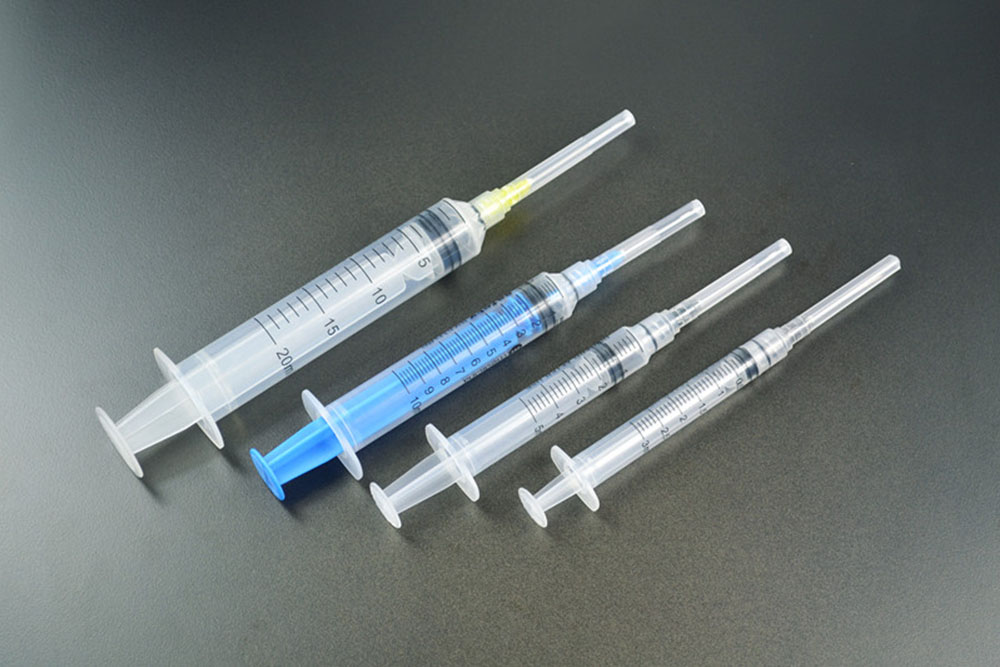 Disposable syringes are becoming ever more common within the medical industry. This is due in no short part to both the want to streamline the workload and to prevent the spread of blood-borne illnesses. They’re also relatively cheap and easy to mass-produce allowing for a higher level of accessibility. More than likely, if you’ve been anywhere near a medical facility you’ve been exposed to or at least have seen a disposable syringe.

But What Is A Disposable Syringe? 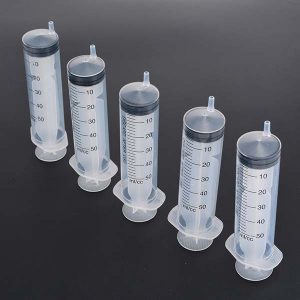 Generally speaking, syringes are instruments used to either insert or draw solutions from a larger body. Typically operated via a piston-pump system, they are the primary method by which a doctor or nurse would administer medication to their patients. Historically, syringes would be cleaned and reused. However, within more modern times the disposable syringe has risen in popularity over the traditional reusable syringe. The primary difference being that a disposable syringe is intended for one-time use and is then disposed of, typically into a contamination unit.

The Types of Disposable Syringes

While simple in concept, syringes have multiple variants and parts that are interchangeable depending on the intended use of the syringe. Generally speaking, these are factors that may vary dependent on the syringe being used.

One Size Doesn’t Fit All

Different syringes will take on different sizes dependent on whether they are being used for injection, tubing, or irrigation. This is due to the relationship between volume and pressure. Smaller syringes (1 – 10ml) are typically used to inject medication into a patient while large syringes (20 – 70ml) with higher volume are typically used for irrigation. Most medium-sized syringes which occupy the territory of 10 – 12ml are used for tubings, such as with catheters and other medical tubings.

The Tip of The Iceberg

The tip of a syringe typically determines how the needle will be inserted into the syringe and body. There are several types of tips which are as follows.

Luer-Lock Tip – The most commonly used. Typically the needle is fastened to the syringe by twisting it on. This makes it easy to remove or adjust as needed.

Slip-Tip – Needles can be inserted into the syringe by simply sliding the needle into the slip-tip without having to twist it on.

Eccentric Tips – Used when medication needs to be inserted parallel to the patient’s skin. Also used when wanting to inject into a vein.

Catheter Syringe Tips – Have a tapered tip to allow for tubing to slip on.

The use of different tips typically determines how the needle is inserted and the overall purpose of the syringe.

A Needle in the Haystack 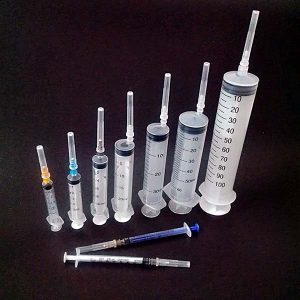 Finally, we come to the final part of a syringe and the part that most people have an intimate experience with the needle. Not all needles are created equally though and can differ based on the purpose of the needle. The thickness of a needle comes in units of gauges: the higher the gauge, the thinner the needle. The tip of a needle typically has a slope or bevel to allow for easier access into the skin.

Needle Gauge – Gauge indicates the diameter of a needle. Selecting an appropriate needle gauge is dependent both on the medication being used and the injection point on the body. Lower gauges are typically used for thicker medications or for administering to areas of the body with thicker skin.

Needle Length – The length of a needle usually parallels the intended depth of injection. Longer needles are used to insert areas deeper into the body (Such as with intramuscular injections) while shorter needles can be used for injections closer to the surface.

The Benefits of Disposable Syringes

There are numerous pros for disposable syringes. What are the benefits? Generally speaking, they are as follows:

The most obvious benefit manifests in the prevention of spreading infections. Blood-borne illnesses are almost completely negated by the proper disposal of disposable syringes. They also afford less maintenance cost due to never having to be cleaned or sharpened. They can be easily mass-produced and the low price means that an entire facility can easily be stocked. And they are also safer for the environment and lower the risk of accidental contamination during the disposal process.

Disposable syringes are becoming progressively popular due to their affordability and prevention of infection. There are various types of syringes that determine their usage and other variables regarding how they should be used. There are many pros to using disposable syringes such that they are easy to afford and can supply an entire facility.

Home
About Us
Products
Applications
Catalogue
Blog
Contact Us

Scroll back to top